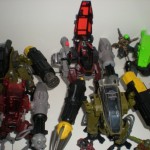 Also making an appearance are the all new H.I.S.S. Tank, unreleased Shadow Hammer Mech, and the Silver Mirage! The Jurassic Park AWE Strikers and drivers feature InGen and JP logos. Without a doubt, these figures are certainly a step up over the current Jurassic Park figures at Toys ‘R’ Us. Could even more G.I. Joe repaints make it into the Jurassic Park line? Could G.I. Joe pursuit Cobra in Jurassic Park?

Could more retooled Sigma 6 mechs be on the way as well? As evidenced by the Shadow Hammer Mech images seen here, the unreleased Shadow Hammer Mech actually has new parts and some modular weaponry not shown on the retooled prototypes for Pursuit of Cobra. Could those modular weapons be included for final production, or pehaps on more, currently unrevealed mechs later this year? For that matter, the Dragonhawk from Sigma 6 was a popular vehicle, and could actually transport the mechs via a modular attachment port on the bottom. Many a ‘Tanker here modified their Dragonhawks to fit 25th Anniversary G.I. Joes, and at some point were able to figure out how to fit 2 25th figures inside! Could a retooled Dragonhawk, able to fit 2 25th Anniversary/Modern Era/Rise of Cobra/Pursuit of Cobra style figures be on tap for later this year? It doesn’t hurt that the weapons from the retooled Sigma 6 mechs shown are are actually compatible with the Dragonhawk as well! 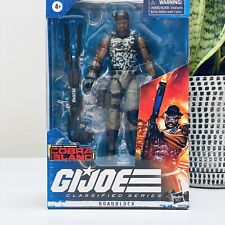 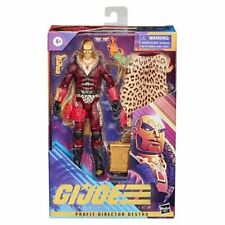 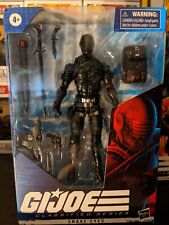 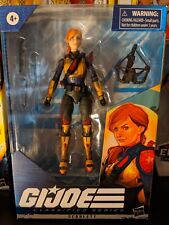 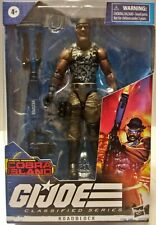 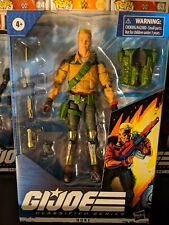 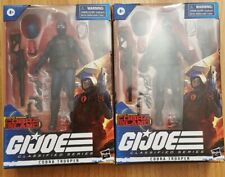