A line that most GI Joe fans miss is the beloved 25th Anniversary/Modern Era line. As Hasbro reinvents each brand annually for the new(and/or next) generation of younger fans, one can’t deny that the Modern Era line of new figures based on the old classics is sorely missed. With the 30th Anniversary of GI Joe A Real American Hero approaching in 2 years, will Hasbro use 2012 as an opportunity to revisit the Modern Era line, and continue the success with the fans, of the 25th anniversary line?

Today we get a look at 2 of the canceled items that were set to debut at the tail end of the Modern Era line, the Comic Pack figures of Arctic Scarlett VS Arctic Cobra Commander. HISS Tank boards member Dryhawk37 got his hands on this set recently, and has reviewed them. Like the last comic packs, this set was to include a GI Joe Resolute comic, and Resolute is another labor of love the fans miss as well. To see how this pack of figures turned out, hit the discuss button! 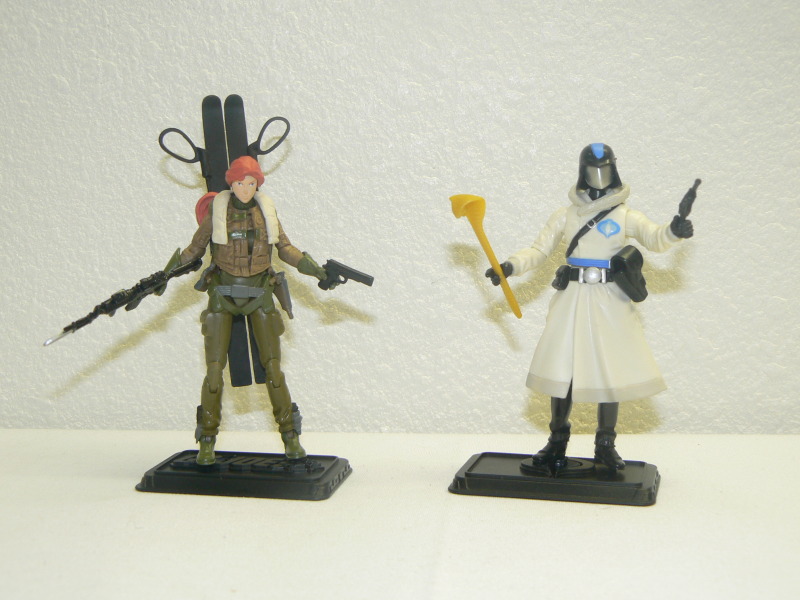