During the panels at JoeCon 2010, Hasbro showed an unused model sheet of Zarana by Kirk Bozigian from the 1987 GI Joe The Movie! Our favorite female Dreadnok was missing something though, her top! Here’s more info from Steel Brigade:

Time for a trip down GI Joe history!!
This was the model sheet that Kirk Bozigian (ARAH Product manager) had in his 1st presentation archives of the infamous “Topless Zarana” from the 1987 Animated GI Joe Movie. LOL!! They wanted to make the original Joe Movie PG-13, & they could only do that by either having swearing or female nudity. They opted for the female nudity to be present when Zarana takes her dip in the lake (as many know), but what many did not know is that an actual character design sheet of this instance exists despite Hasbro scrapping the idea before the Movie was finished.

Click on the thumbnail to take a closer look! 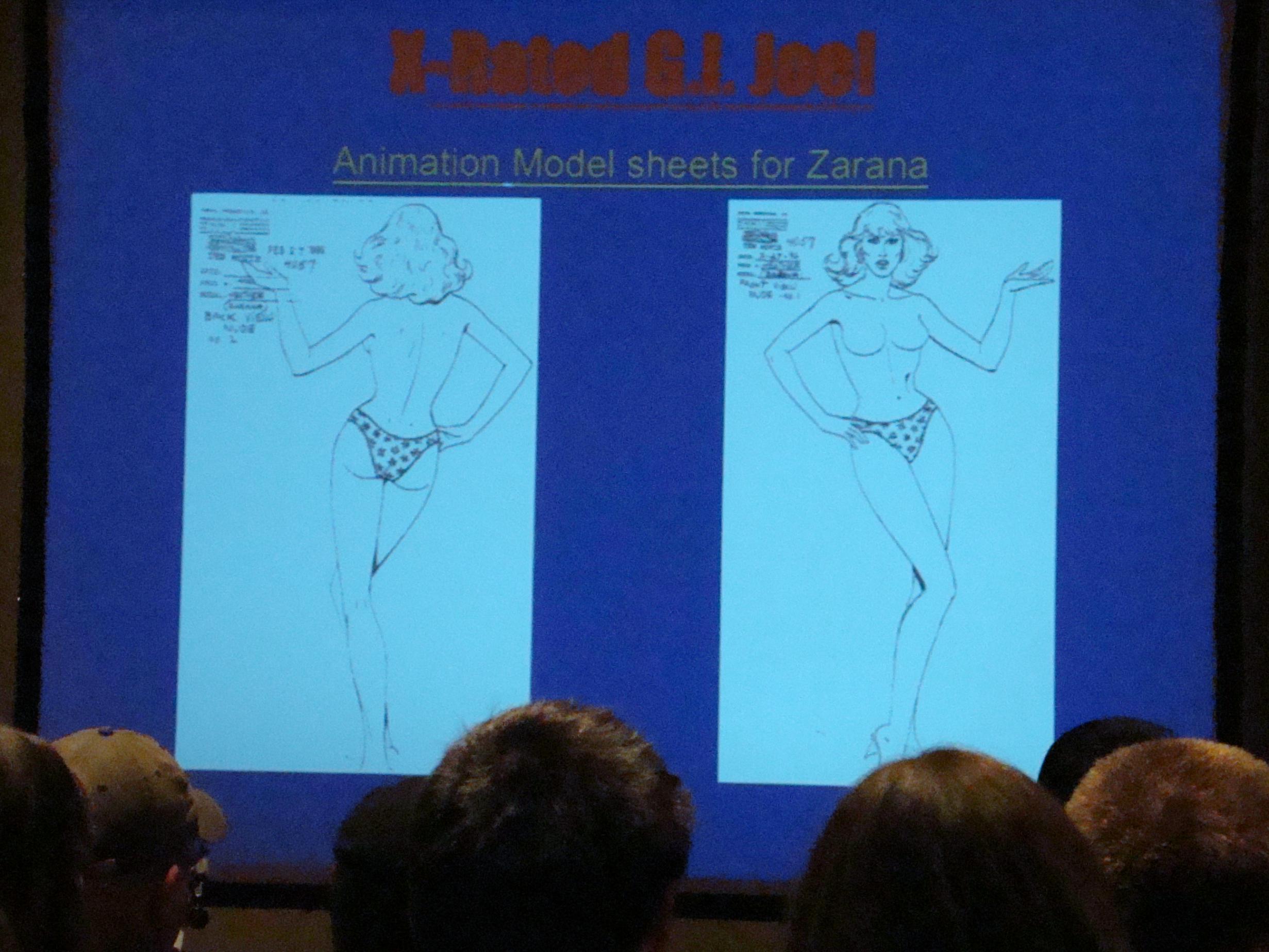