Moviehole has posted an email from a reader named Reja, which states:

The part I was chasing was Ibrahim, a presidential advisor to India’s leader. He tries to talk the president out of getting involved in a very suss rescue mission and consequently backing up the united states on something… that might not be totally legit.

And we all know who the president is now, right? Who is running the country? Zartan, played by Arnold Vosloo. He’s got the world leaders all under his thumb, war heads headed towards innocent populaces, and some new heavies on the payroll to keep G.I Joe at bay.

One of the first scenes to be shot is a flashback sequence with young Storm Shadow and young Snake Eyes which will cronicle how they became what they are and their relationship. Those parts have already been cast I think now they’re just working on the smaller roles – presidents of every country; security guards; ‘Mouse’, etc.

Anyway, thought you’d like to know about the title change and all that.

Vosloo was well received by the fandom for the most part, for his role as Zartan in Rise Of Cobra. 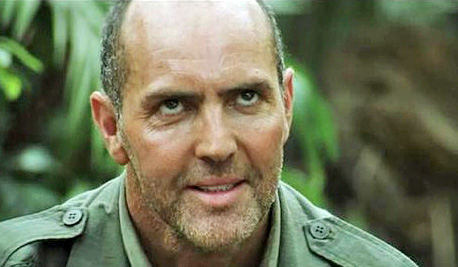