For those of you who were waiting for the GIJOE March Madness 2012 Final Four Bracket and Voting, it is now up and live. Make sure you vote for your favorite GIJOE and Cobra characters as only one will make their way to the top, to be our 2012 fans choice winner! 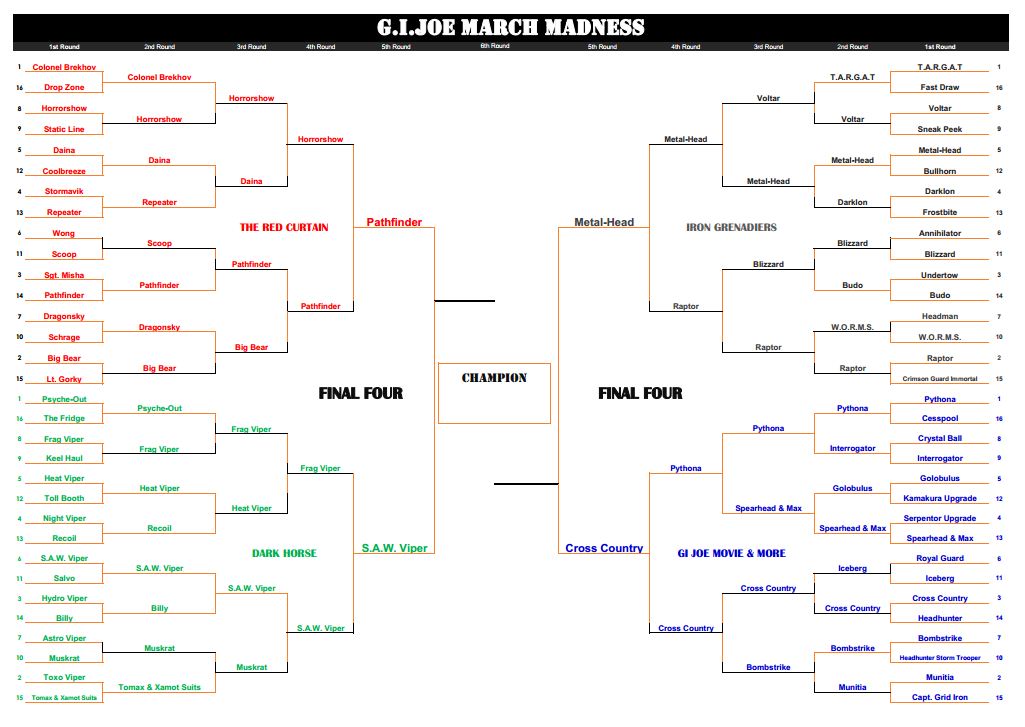