A little detective work led us to know that a New Theatrical Trailer for G. I. Joe: Retaliation is on its way.

This new trailer is listed on Alberta Film Ratings website; which previously helped us to find out about the 1st theatrical trailer of G. I. Joe 2.

The upcoming trailer is rated PG and will run for 2 minutes and 24 seconds. The trailer received the approval to be shown at theaters, on April 13th.

It is likely that the new trailer will debut along with a movie produced by Paramount Pictures. Mark your calendars for May 16th because “The Dictator” is set to release on that particular day.

Update: Thanks to our HISSTANK members, for pointing out that Marvel’s The Avengers is coming out this May 4th. Keep your fingers crossed. 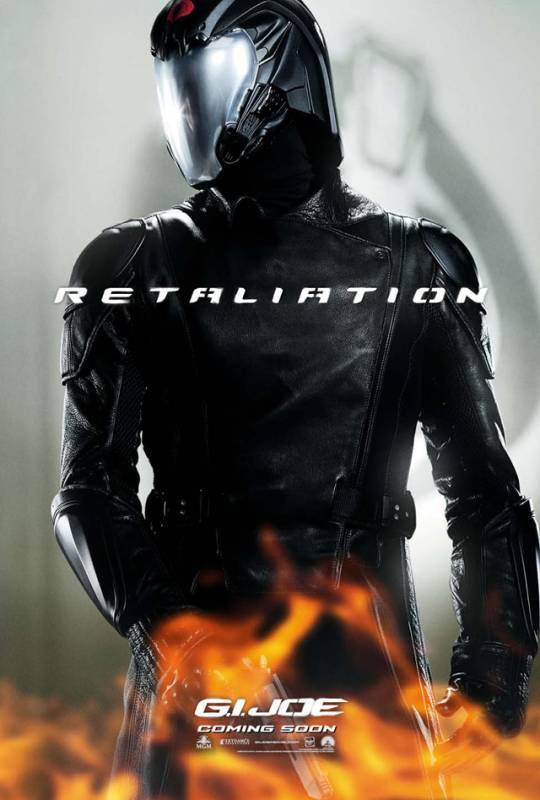