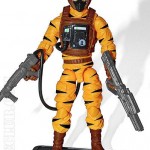 FSS 2.0 is now LIVE! Yes, you read that right..LIVE! You can sign up for the next wave by visiting The G.I.Joe Collectors Club Subscription Page and following the on-screen instructions.

To whet your appetite, the Club has also posted 4 images from the line up! Included are: Dragonsky, Night Force Lt. Falcon, Tiger Force Ar Puro and Skull Buster!

Over the next week, we will be showcasing all of the figure mock-ups for FSS 2.0, please keep in mind that these are photoshop comp images and the final versions will vary. There still could be some changes in accessories and figure bodies as well.

The FSS 2.0 subscription set will consist of twelve different carded 3 3/4″ figures. You will receive six shipments starting in approximately September/October of two figures each month.

Today via their fan page on Facebook, the G.I.Joe Collectors Club posted a teaser image showing the silhouettes of the figures to be included in the 2nd wave of the Figure Subscription Service!

We originally brought this news to you via the GIJCC’s FSS 2.0 round table, but in case you’ve forgotten, the figures to be included in wave 2 are:

Are you getting excited for the 2nd round of FSS figures? Going to skip this round all together? Join us after the jump to sound off on the HissTank Forums!