Dan Gilvezan is known to G.I. Joe fans as the voice of Slip Stream, but he is best known for playing Peter Parker/Spider-Man in the 1981 animated series, Spider-Man and His Amazing Friends and the Autobot Bumblebee in the original Transformers series.

Dan will be appearing along with Alan Oppenheimer who is known as the voices of Warpath, Beachcomber, Breakdown and Seaspray in Transformers Generation 1 well as the voices of Skeletor, Man-At-Arms and Mer-Man from He-Man and the Masters of the Universe. 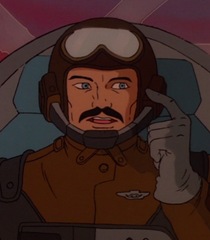 Join the Conversation! › Dan Gilvezan the voice of Slip Stream at TFcon Chicago next weekend Discussion