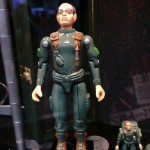 Earlier this month, our friend Dreamwalkeroso and the team at Gentle Giant stopped by to share images of their upcoming G.I.Joe A Real American Hero Jumbo Figure Release, Rock N Roll! Pre-Orders for this cool collectible are already live at site sponsor BigBadToyStore with an anticipated release date of Q4 2015.

Now, we know that the first wave of figures will consist of –

Our question to you, Hisstank faithful, is this – Out of the remaining 4 figures, who do you want to see Gentle Giant release next? Sure, we can speculate on what we’ll see in Wave 2, or what the Gentle Giant Exclusive figure will be, but we really want to know who you’d like to see make his 12″ appearance after Rock N Roll.

Sound off after the break and make your voices heard!

What Gentle Giant ARAH Jumbo G.I.Joe Figure Do You Want Next? - Additional Images

Join the Conversation! › What Gentle Giant ARAH Jumbo G.I.Joe Figure Do You Want Next? Discussion