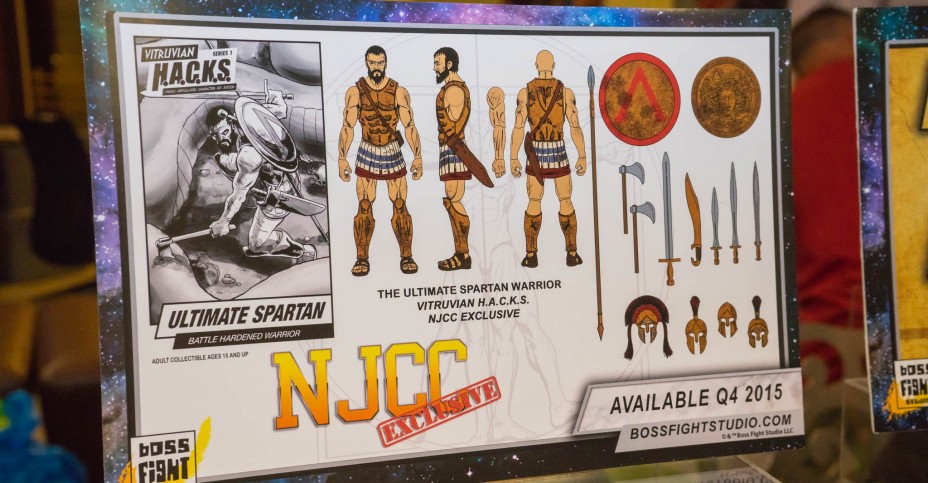 The Summer 2015 New Jersey Collectors Con was yesterday and Boss Fight Studio was in attendance. For those that don’t know, Boss Fight Studio is made up of folks who worked on Modern Era G.I. Joes and other figures for Hasbro and the Club. They had their upcoming Vitruvian H.A.C.K.S. figures on display including several new paint samples of figures appearing later in the Kickstarter. Future waves for V-HACKS were also there showing off mock ups for the Fantasy figures. Last but not least, the Ultimate Spartan was revealed as a future NJCC exclusive! No other details on that yet though. Check out a selection of pics from their booth after the break!

Join the Conversation! › NJCC Round Up – Boss Fight Studio Discussion