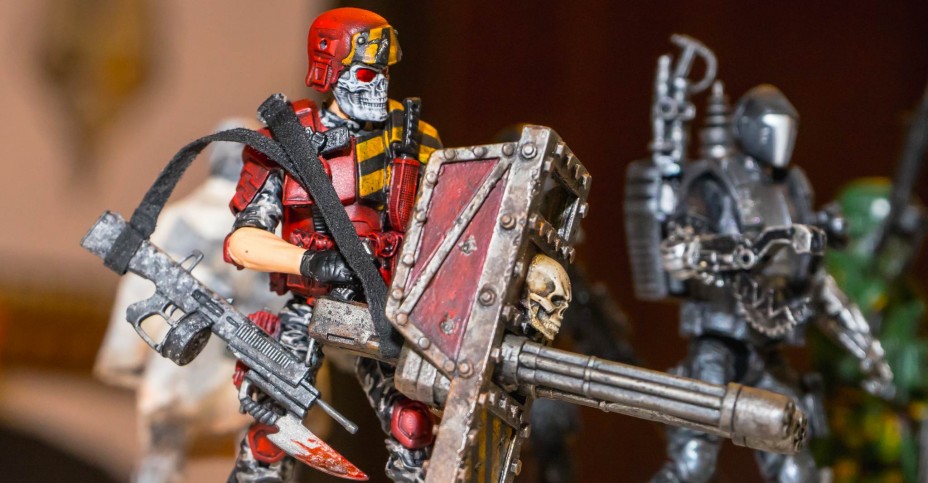 Marauder Gun Runners was also in attendance at yesterday’s at NJCC Summer 2015 Show and they brought along the next phase of their Marauder Task Force figures. These are military inspired 3.75 figures which did very well on Kickstarter a while back, with the focus being on customization with tons of parts and accessories. The next round will be the Valkyries which feature several female figures and of course new parts and gear. Check out pics from their booth after the break!

(Note: Figure featured is a custom using Marauder Task Force figures as a base, by @krymsyngardimmoral aka Kevin Watts.)

Join the Conversation! › NJCC Round Up – Marauder Task Force Discussion