Hot off the wire we have a first look for everybody on the Tank tonight. Thanks to Gentle Giant we now have the first carded images for the upcoming Rock ‘N Roll Jumbo Figure!

Inspired by the Hasbro vintage G.I. Joe A Real American Hero figure, Gentle Giant is proud to bring you the G.I. Joe Machine Gunner, Code Name: ROCK ‘N ROLL. One of the first figures released in the series that started in 1982, Rock ‘N Roll is now the FIRST figure in an ongoing series of jumbo vintage figures. 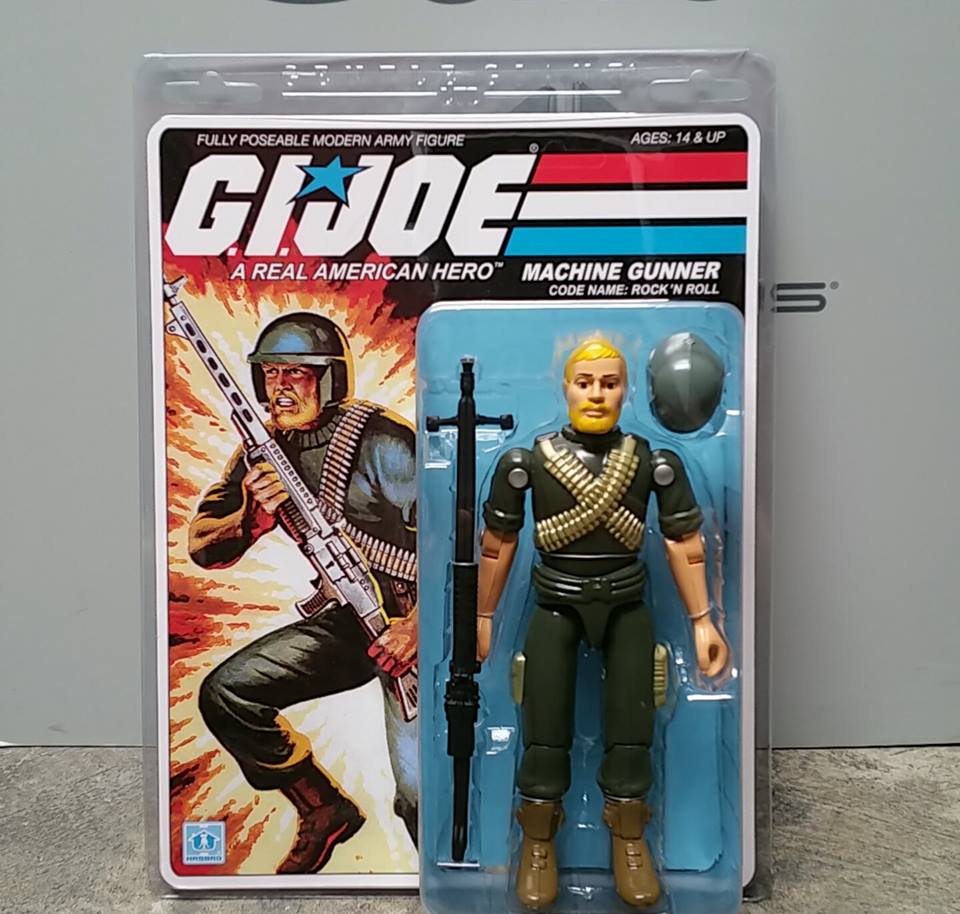 From the GI Joe Command File:

Rock ‘n Roll was a surfer in Malibu prior to enlistment. He was also a weight lifter and played bass guitar in local rock bands. Is familiar with all NATO and Warsaw Pact light and heavy machine guns. Graduated: Advanced Infantry Training (Top of Class). Specialized Education: Covert Ops School.

“Rock ‘n Roll is cunning but naive; forceful but shy. Possesses a strong sense of loyalty to his teammates and is sincerely concerned about their well being. A man of honor and integrity who can be counted on to hold the line.”

The G.I. Joe A Real American Hero Jumbo Figure line features reproductions of the original 3 3/4″ figures, using digital scanning and outputting to create an exact replica, only larger. Each figure will be reproduced using roto and injection molding and will be made of durable plastics.