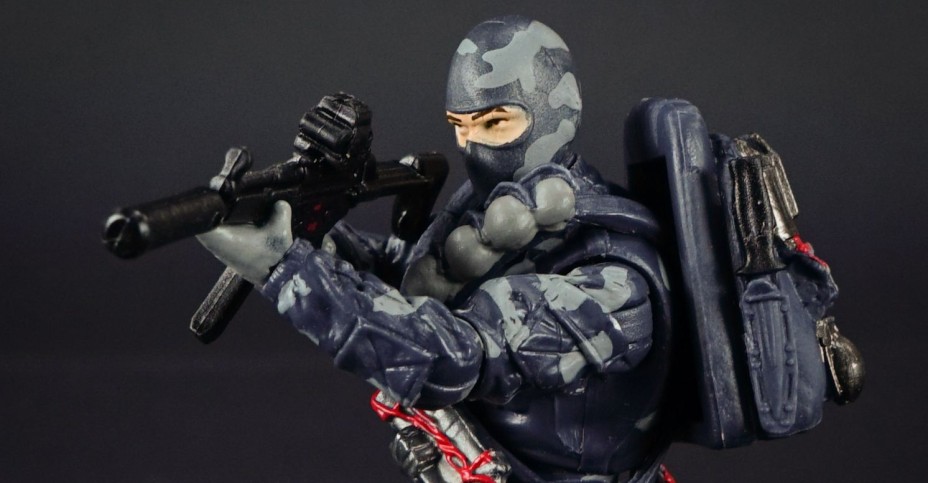 No one knows his real name or what he looks like; he’s known only by his work as”the Rembrandt of explosives.” He has been blowing things up for Cobra ever since Cobra Commander opened up for business. After Firefly launches a sneak attack on a G.I. Joe patrol, he has to quickly flee onto the desert when G.I. Joe team members Bazooka and Dusty give chase and close in to capture him.

Check out 15+ images and our quick review after the jump.

Overall
Firefly is one of the best figures from the 50th Anniversary line that we have seen. The figure has awesome paint detail and the right amount of gear. This 3-pack is worth the purchase just to pick up this version of Firefly.