TFW2005HisstankTokuNationToyark
HissTank › G.I. Joe Movie › Hasbro To Have More Control Over The Content Of Movies 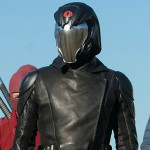 Speaking to Toy World Magazine (January 2016 Issue) Hasbro stated that G. I. Joe 3 is in development. Though, Micronauts were previously announced as attached to G. I. Joe, a separate movie seems to be in work and may connect later in a Marvel Cinematic Universe fashion.

Happily, Hasbro seems to be enthusiastic about the new projects which may result in a new revival for the Joe brand (hopefully).

Stephen Davis, executive VP and Chief Content Officer of Hasbro stated that their newly established Allspark Pictures will have more control over the content of the movies.

Please find scans of the magazine courtesy of our sister site, after the jump. And please join with the TFW Network as we bring you the best Toy Fair coverage around.

Join the Conversation! › Hasbro To Have More Control Over The Content Of Movies Discussion