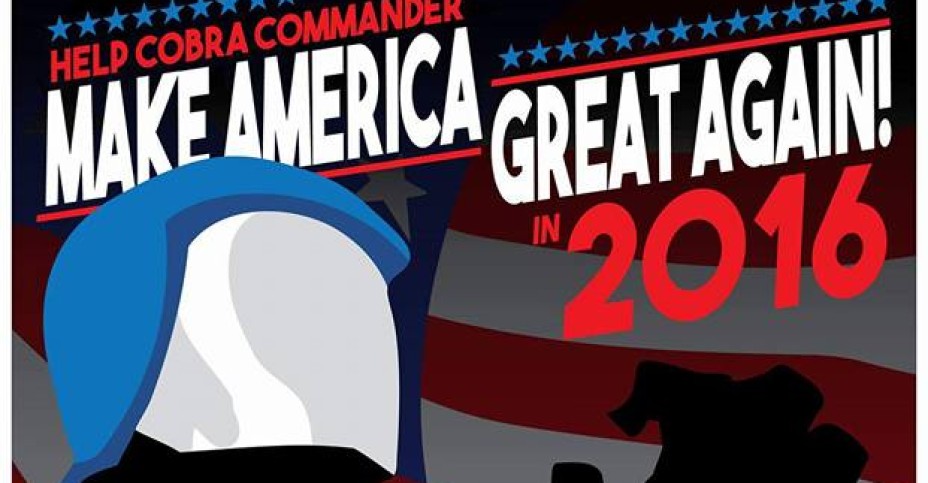 Ah, we can always rely on Cobra Commander for providing us with the most ridiculous and outrageous quotes. So it’s no surprise that since announcing his candidacy for President, we’ve been exposed to even more ridiculousness from the businessman and TV personality. Owning Extensive Enterprises has allowed the Commander to run on his own dime, and mouth off in anyway way he sees fit.

Here Are 5 Of The Most Outrageous Cobra Commander Quotes for the 2016 campaign trail.

1. “An ‘extremely credible source’ has called my office and told me that Larry Hama’s birth certificate is a fraud”

4. “My Twitter has become so powerful that I can actually make my enemies tell the truth.”

5. “It’s freezing and snowing in New York – we need the Weather Dominator!” 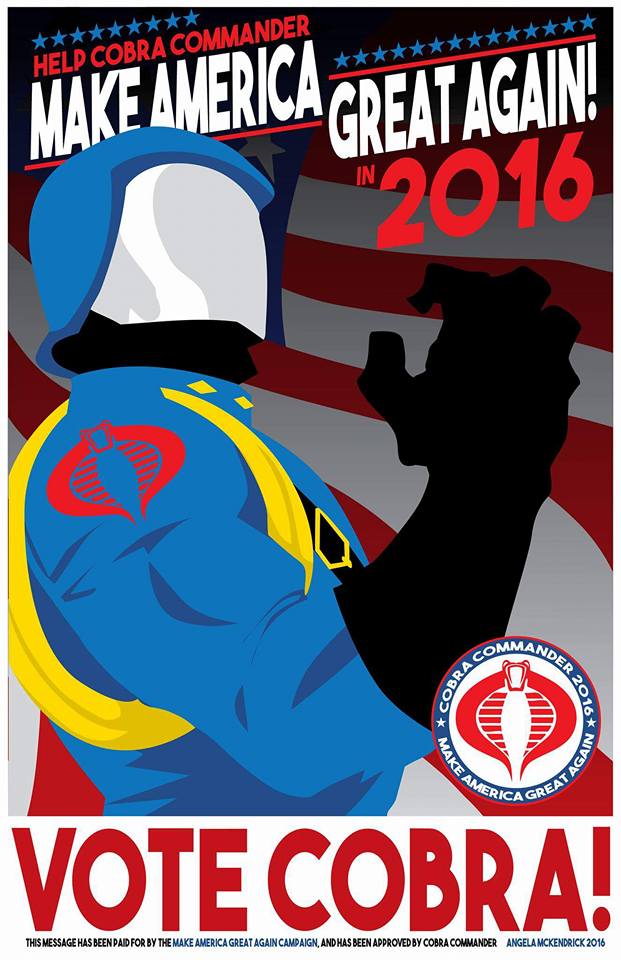