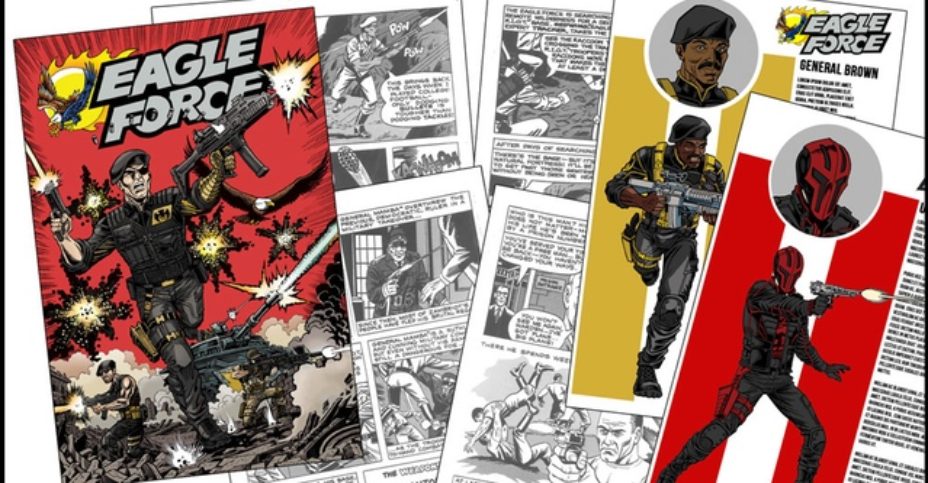 Heads up, everyone! Our friends behind Eagle Force Returns have shared another Kickstarter Campaign Update…and just like the others, this one is deep fried in awesome!

For those of you that have gone ALL IN, an all new Eagle Force Handbook has been added as a new reward for all in backers! This comic book will be available digitally and includes a new Eagle Force story with art/cover by the talented Steven Butler, reprints of some of the original Eagle Force comics, the Eagle Force Issue Zero comic strip,  as well as expanded character bios by the prolific Justin Bell. This comic book is available as a Reward/Add On and will be added on for free to all ALL IN Rewards.

There’s only a week left to go, so lets make it count! You can follow the discussion already in progress after the break!