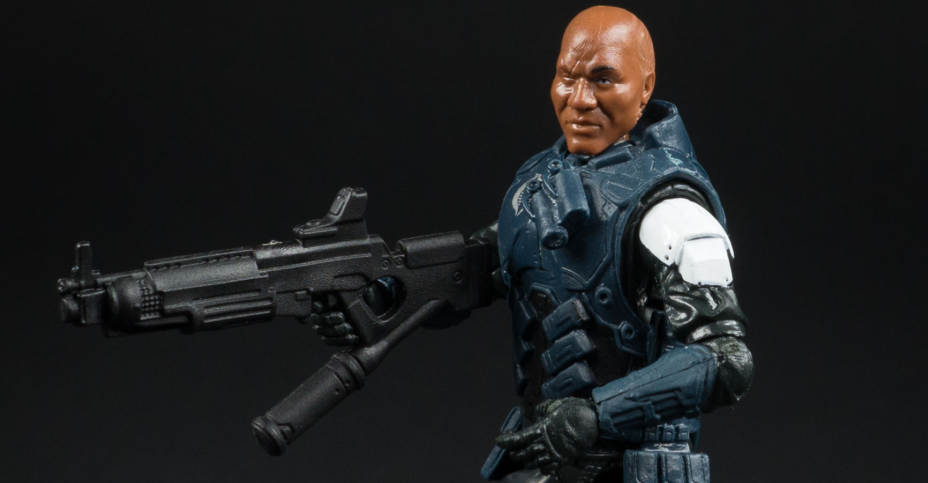 Tombstone is a mysterious, high-ranking member of the Cobra organization. He strikes fear in his enemies through a combination of strong tactical leadership and cunning psychological manipulation. His battlefield brilliance engenders deep loyalty among Cobra troops. When he faces Conrad “Duke” Hauser in battle, he meets his equal in leadership and skill – and finds a warrior who does not succumb easily to mind tricks and phantom terrors.

Overall
Tombstone IMO is a very week attempt at creating a new high level Cobra agent. The lack of character development and overall individual style, lack of original weapons and gear… make for a bad figure. I get they want to make new figures and characters but this figure feels really rushed and the head sculpt is sloppy. The weapons they used for him need to be retired and he lacks the flair that most really good Cobra Agents have. I wish I had better things to say, but this one is a bad figure.