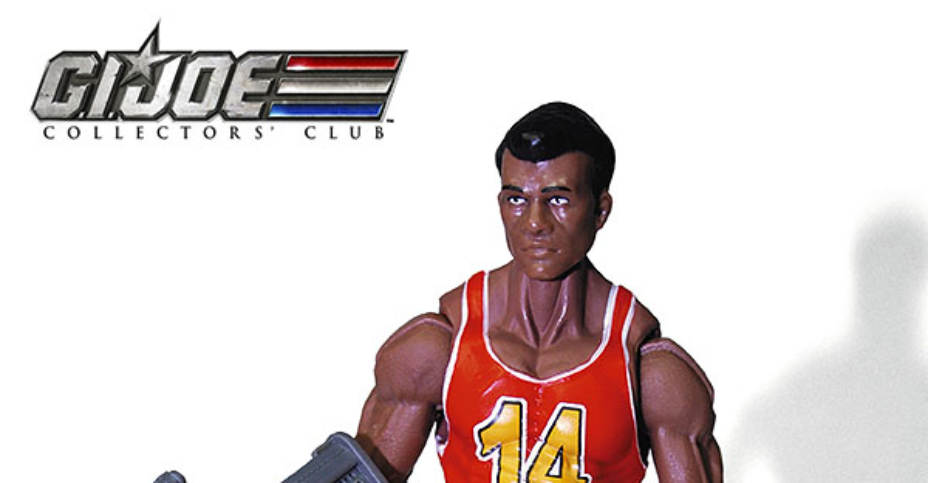 In related G.I.Joe Collectors Club news, the 2017 12″ Membership Incentive Figure wasn’t the only update that was shared.  Big Lob, who was first revealed back in November 2016 graces the GIJCC front page as well. Sadly, it’s not a new image, but the same that was shared in the club magazine. This time around, at least, we get a much better look at the figure. From the Club –

We are proud to announce that the 2017 GIJCC membership incentive 3 3/4″ action figure is a modern era BIG LOB… featuring a NEW head sculpt, removable grenade bandolier, pistol and grenade launcher! This fan favorite G.I. Joe character was first introduced in the 1987 animated movie. He was never made into an action figure until our 2010 classic O-ring style BIG LOB… which sold out immediately after release.

G.I. Joe collectors waited three decades for this figure and now is your chance to add him into your modern era ranks. This FREE figure will be sent to any G.I. Joe Club member that selects the 3 3/4″ figure option and whose membership is active by March 16th, 2017. It will be mailed in a polybag and includes file card, weapons and figure stand.

Many fans have noted that they’re disappointed by the lack of articulation in Big Lob’s legs (single jointed knees, no rocker ankles). What say you? Sound off after the break!