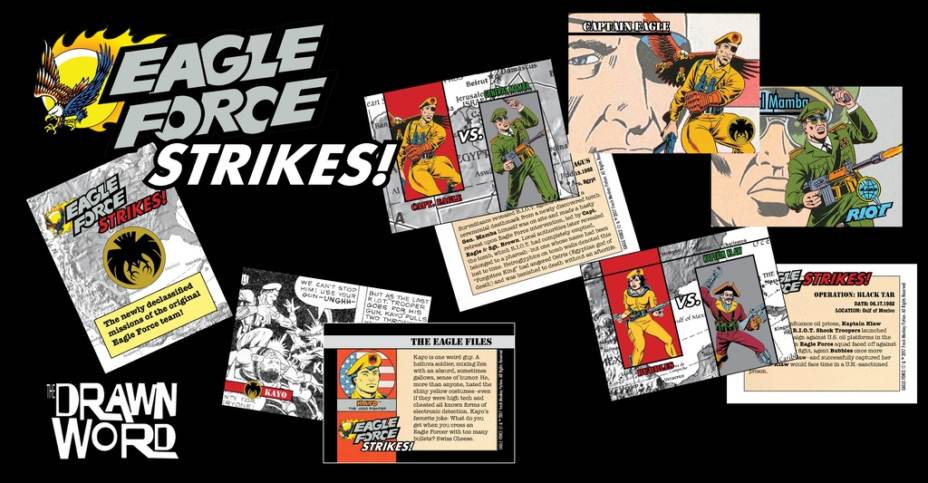 The Eagle Force Strikes Kickstarter Campaign from our friends at The Drawn Word and Fresh Monkey Fiction is now live!

This card set reveals the backstory (now largely declassified) of the early 1980s crack military team – Eagle Force! Done in conjunction with Fresh Monkey Fiction and the Eagle Force Returns action figure line! De-Classified after 30+ years are the battles waged by Eagle Force and R.I.O.T. against one another. The initial pack features the following missions:

Also present are The Eagle Files, Captain Eagle’s own thoughts on his team members:

Get the limited Captain Eagle Metal card in the Golden Eagle level, or get both him and General Mamba in the Mamba level! The Reinforcements level gets you the Eagle Force Strikes! set, Eagle and Mamba metal cards, and limited metal cards of Sgt. Brown and Baron Von Chill.

Check out the Eagle Force Strikes Kickstarter Campaign then join us after the break for ongoing discussion!