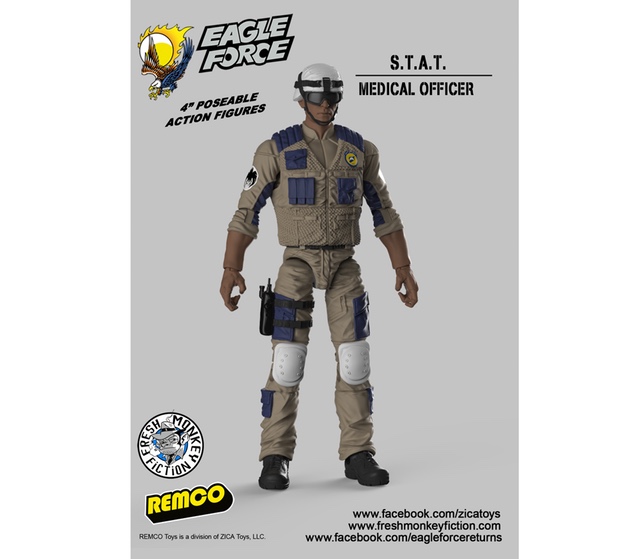 What a way to wrap Sunday! A huge Eagle Force Returns Kickstarter Update has been posted and it’s chock full of awesome!

First off, the fate of Sgt. Bulldog’s faithful pet – The votes have been tallied and Sgt. Bulldog’s pet has a name. It was a close race, but “Churchill” won with the most popular vote! Fresh Monkey thinks this is a fitting name for our Sgt’s best  friend. Thanks for voting, everyone!

Next up, a piece that we brought you on Friday – Eagle Force Pulp – The Cat: Eight Lives Left from The Drawn Word, the same fine folks who brought you the amazing Eagle Force Strikes Trading card set, have just launched their campaign and it’s already funded! Make sure to get in on the campaign if you haven’t already! If the campaign reaches the $1,300 stretch goal, we’ll be treated to a reveal of the R.I.O.T. DIREKTOR, the original R.I.O.T. Leader!

That’s a lot of awesome to digest, so check out the latest update then join us after the break for discussion already in progress!