Thanks to Hisstank.com boards members GIJoeComics08 for posting up news of the next G.I. Joe Collectors Club FSS 6.0 Announcement! Each single carded action figure features the highly articulated modern era sculpts with weapons and accessories for them to accomplish any mission!

NOTE: These modern era club exclusive action figures will not be exact replicas of their vintage counterparts. All images are Photoshop mock-up representations, final product, accessories and/or colors may vary!

Here is the list of the twelve upcoming previews for this amazing line-up in random order:

NOTE: These modern era club exclusive action figures will not be exact replicas of their vintage counterparts.All images are Photoshop mock-up representations, final product, accessories and/or colors may vary!

Please note that for the installment payment option there is a $6 service charge per billing while the pay in full option has one $6 service charge. Please also note that for installment buyers, there is an additional charge each time a billing is attempted if your card is not approved. If your card has been declined and we have to rebill, we will only be able to retry your billing three (3) times before your subscription is cancelled. Each retry has an additional fee added to your total charge (please see the Terms and Conditions.)

This Figure Subscription Service is a “build to order process” so you can order as many as you like, until the order period closes. At that time, we will not process any more subscriptions and we may/may not have additional figures in the club store at a higher per figure price. Final figures colors/names/accessories may vary from the above descriptions and pictures.

You can subscribe now through the June 2nd, 2017 deadline! 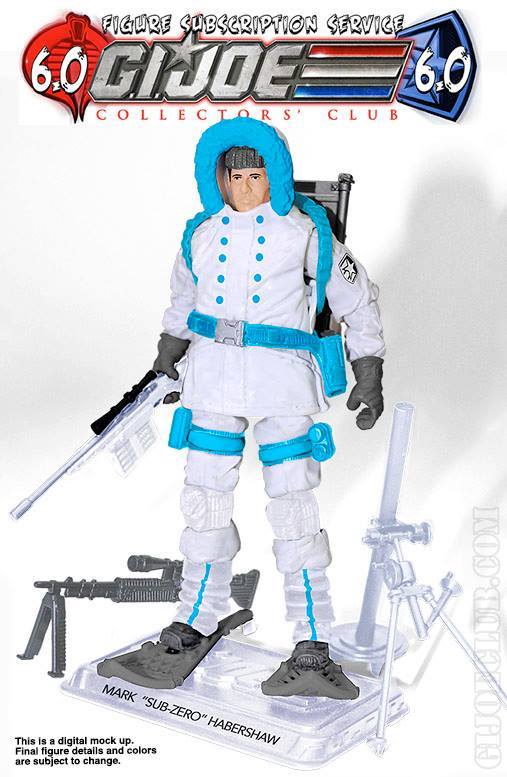