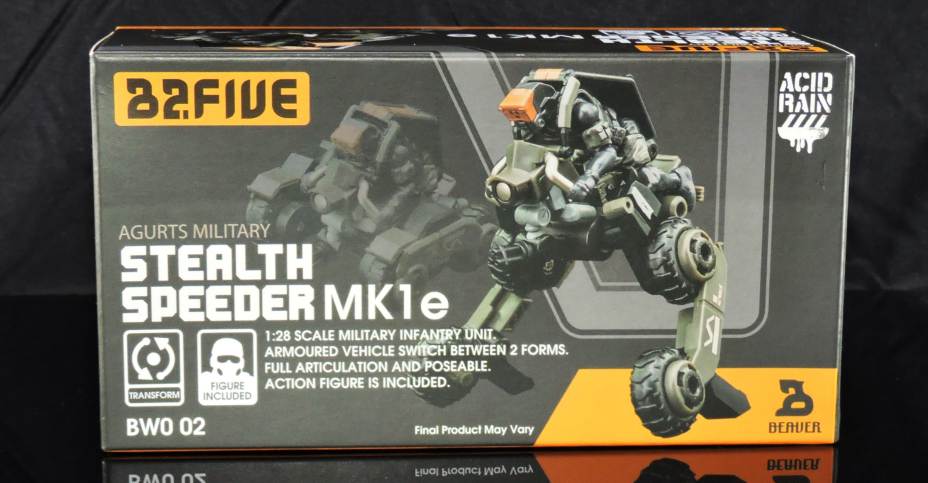 The new B2.5 Acid Rain line was on display at San Diego Comic Con this year and thanks to our friends at Skronex and Beaver, we’re pleased to bring you a pictorial review of the Stealth Speeder MK1e! The Speeder is a convention exclusive, but will also be available on the B2.Five Official Store in small quantities on August 15th, 2017.

The Stealth MK1e is a transformable assault vehicle affiliated to the 15th Stealth Team, a new and mysterious team. This item is set in 1:28 scale with fully articulated design, capable of transforming between two modes: vehicle mode and armor mode. The cockpit is retractable with linkage mechanical structure, built to accommodate a pilot figure and can fit any other 1:28 humanoid figures. The 1:28 series are designed with standard detachable joints, capable of switching parts between the same series, allowing you to develop your own personalized army.

We’ve uploaded a gallery of 55 images of the Speeder, along with some key shots and my thoughts after the break!