You may remember our last news post regarding the collaboration between Hasbro and KidRobot to bring you a lineup of items based on Transformers vs. G. I. Joe series.

It so happens that online retailer ToyWiz has posted some details of more upcoming additions to the KidRobot Transformers VS G.I. Joe collection. In addition to the 7-inch Cobra Commander and enamel pins, we are also getting a set of 18 PVC minifigures based on the Tom Scioli comic series, including the likes of Bazooka, Scarlett, Snake Eyes, Baroness,  Destro and many more as they appeared in the series.

The figures are set for a December 2017 release.

Check out the images, after the jump. 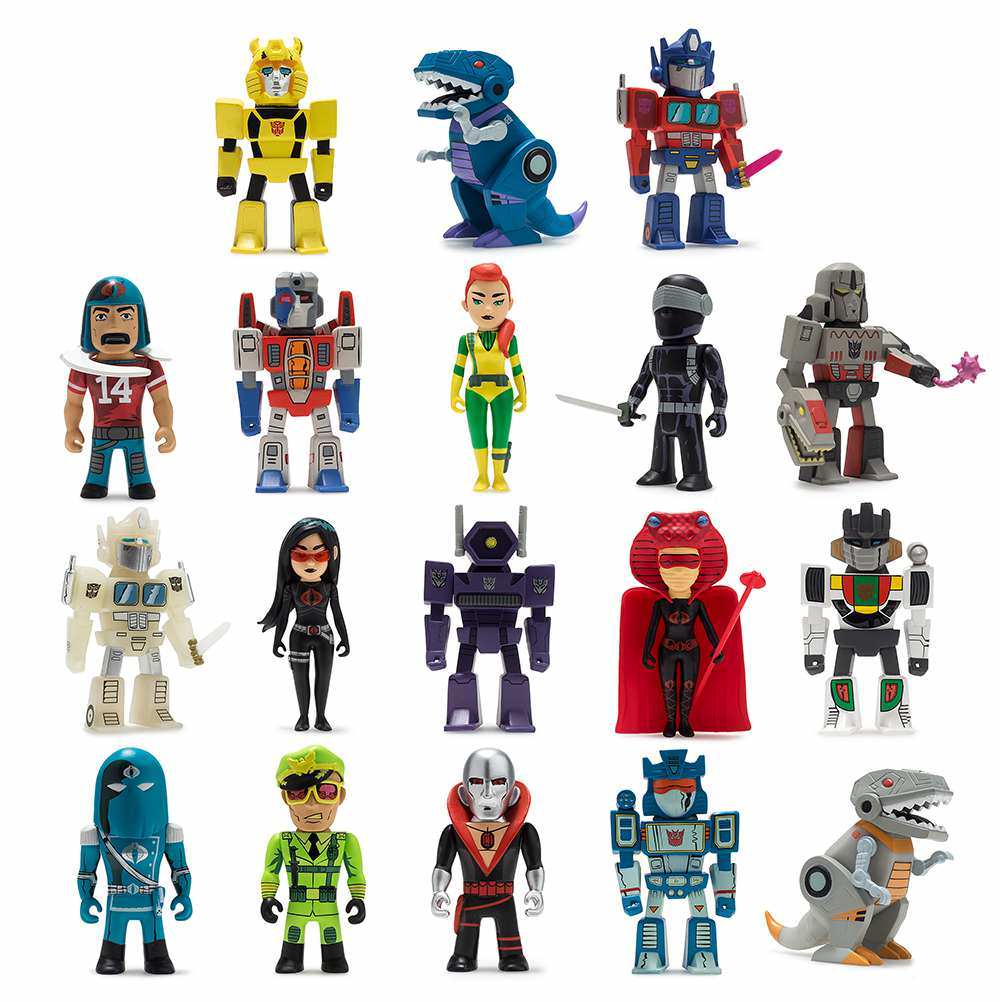 Transformers VS G I Joe PVCs