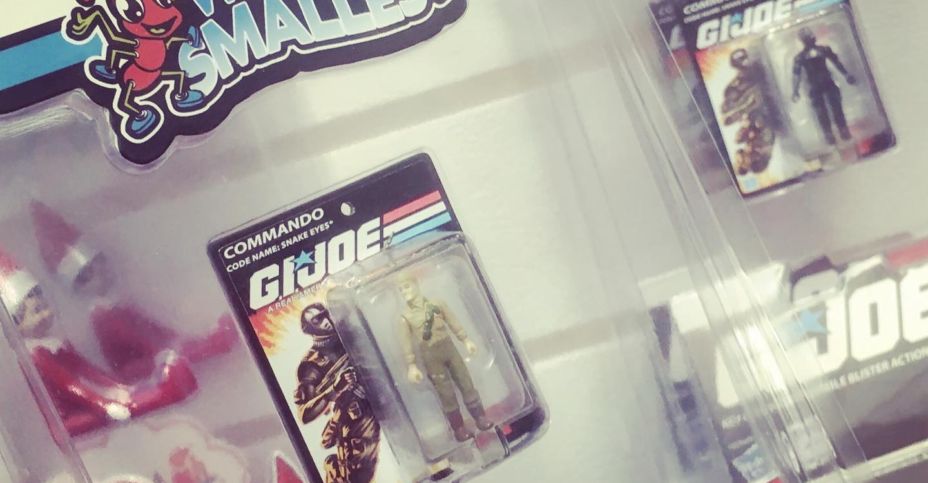 Thanks to our sister site TFW2005, we have learned that Super Impulse is bringing-forth a new series of officially licensed World’s Smallest G.I. Joe: A Real American Hero toyline.

An image shared on Juegos Juguetes y coleccionables Facebook is giving us a good look at some early packaged samples of ARAH figures including Duke and Snake Eyes.

Despite the small size, the figures are actually articulated to some extent.

We currently do not have an exact release date or the prices for the figures.

In addition to the 80s G.I. Joe line, the company will also bring Transformers and My Little Pony figures from the same era. Other Hasbro properties such as Nerf, Stretch Armstrong and Retro G.I. Joe will also receive this tiny treatment.

You can check out the images, attached with this news post.