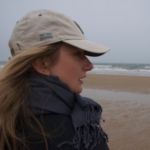 Here’s a small news which flew under the radar thanks to all the cool news which dropped throughout the past couple of weeks. Allspark Animations (formerly Hasbro Studios), SVP of global distribution and development Finn Arnesen has stepped down from his position to hand over the reins to Nina Scales.

Mr. Arnesen was instrumental in developing and distributing popular Hasbro shows such as Transformers: Prime, Transformers: Rescue Bots, My Little Pony: Friendship Is Magic, G.I. Joe: Renegades, Transformers: Robots In Disguise and many more. His work resulted in Hasbro content being seen today in more than 195 territories across multiple platforms.

Mrs. Scales will step into the role of SVP of global distribution, reporting to Stephen Davis (Hasbro CCO and EVP).

We wish Nina Scales the best of luck, and a bright future to Finn Arnesen on his upcoming endeavors.