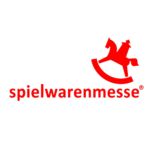 Confirming HISSTANK’s exclusive news, Jazwares is present with G.I. Joe license included as one of the contents.

Micro Machines is listed as a brand due to the recent acquisition of Wicked Cool Toys by Jazwares. WCT holds the license to manufacture Micro Machines vehicles on behalf of Hasbro.

This certainly raise the question of whether Jazwares will actually manufacture G.I. Joe figures. It isn’t unlikely since Hasbro is already giving their IPs to manufacture toys by other companies; akin to how Disney operates. The most recent news being the aforementioned Micro Machines (by Wicked Cool Toys) and Tonka by BasicFun!. However, chances are slim as we heard of Hasbro manufacturing an evergreen line for the Joe brand. Most likely scenario would be the integration into Jazwares’ Domez and Roblox brands.

Nuremberg Toy Fair is just three weeks away from the time of this post and Jazwares will also be at the London Toy Fair, one week prior to that. However, both shows are notoriously famous for their secrecy and we may not see (or even hear) any information until New York Toy Fair 2020.