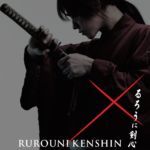 “I don’t know if you’ve ever seen the series Rurouni Kenshin, but the stunt coordinator from the films that were based on the anime worked with us for Snake Eyes,” Golding says. “And for anyone who hasn’t seen Rurouni Kenshin, it has the most ridiculously amazing fight scenes. So we’re going to those same types of moves and fighting and it brings it all back to traditional katana fighting.”

He didn’t forget to mention about his cast members and characters they represent.

“We’ll have Storm Shadow, we have a character called Kenta who will be revealed. There’s Akiko, we’ll have Scarlett joining us, who is played by Samara Weaving. Of course Iko Uwais, who plays Hard Master, is absolutely insane.”

“It is so authentic, unlike all the other Hollywood films that you’ve seen, this really pays homage to Snake Eyes and his origin of how he becomes the weapon that he is. That is my biggest takeaway; you are going to be blown away by the visuals we created, visuals that are grounded in reality. This is not a big CGI movie; it is all physical stunts that we’ve done, and I think people will appreciate it.”

We’ve included a clip from Rurouni Kenshin, after the jump.

Join the Conversation! › Snake Eyes Movie To Be Heavy On Physical Stunts And Light On CGI Discussion