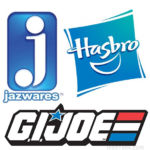 We received a reliable news tip regarding Jazwares’ G.I. Joe toyline. Apparently, the toys were on display during Nuremberg Toy Fair 2020, with limited access to journalists.

Though the information we received is scarce, the info clearly stated that the toys were indeed action figures; rather than role play items or accessories.

But wait, there’s more… the content was described as ‘a wide selection‘; indicating a possible large lineup of characters.

To top it off, the figures were told to be ‘looking great‘.

As always, we’d like to ask our readers to take things with a grain of salt. But, we’d actually like to give this info the benefit of the doubt; considering the reliability of the source.