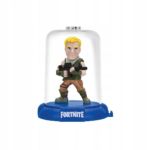 Well, it was a rollercoaster ride but we finally have an official word. Straight from Jazwares’ own booth at Toy Fair 2020.

Confirming our report, Jazwares has indeed acquired a license to produce merchandise based on Hasbro’s G.I. Joe property. But not for ‘action figures’… just ‘figures’.

HISSTANK visited the company’s booth to obtain a final answer. Jazwares confirmed to produce Domez figures based on G.I. Joe. As an example, a mockup Duke (Classified aesthetic?) was on display inside his little transparent dome.

We received no word regarding the final release date of the figures.

We were not allowed to take any photographs but we now know and knowing is… well, you know the rest.