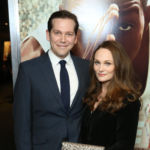 As we reported, Hasbro CEO Brian Goldner mentioned that 21 movies are in development for various company properties and one of them was confirmed yesterday as an animated movie for the Transformers Franchise.

The second announcement landed on Labor Day as a sequel (Retaliation? Snake Eyes?) to the G.I. Joe Franchise.

This unnamed live action movie will be written by Joe Shrapnel and his partner Anna Waterhouse; the writers for Amazon’s political thriller movie Seberg.

Not much is known at the moment other than the fact that producer Lorenzo di Bonaventura is set to resume his regular duties.

Update: The movie is said to be an expansion to Snake Eyes: G.I. Joe Origins in a rebooted universe apart from Rise Of Cobra and Retaliation. Joe Shrapnel and Anna Waterhouse is already working behind-the-scenes for the upcoming Snake Eyes movie slated to release on October 23rd.