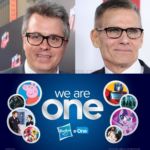 Hasbro is letting us know that its entertainment arm eOne has signed a deal with former Marvel Executive & Producer Jeremy Latcham to produce movies based on Hasbro properties and original content.

Mr. Latcham previously worked on The Avengers series, Spider-Man: Homecoming, Guardians of the Galaxy, and many other MCU projects and is known for taking creative decisions staying true to the source materials.

“Jeremy is a massively talented producer with a track record of creating true-to-brand films with size and scope that resonate with audiences and excel on a global scale,” said Nick Meyer, eOne’s President of Film. “In our exciting new era with Hasbro, we’re thrilled to begin this new partnership and look forward to sharing the amazing projects that are to come.”

As the first project, Jeremy Latcham will work on Dungeons & Dragons live action movie, slated to release on July 23rd, 2021.

“Nick and the entire eOne team have welcomed me into the fold with open arms,” Latcham added. “Hasbro’s incredibly rich library of beloved brands in addition to the opportunity to develop original material makes for a very exciting next step for me as a creative producer. My passion for telling stories steeped in heart, humor and spectacle aligns with D&D’s decades of immersive, adventure-driven storytelling, and I am beyond excited to help John and Jonathan, eOne, Paramount, and Wizards of the Coast bring this rich world to filmgoing audiences.”

Though future movies are not highlighted at the moment, it is likely that Jeremy Latcham will work on Transformers as well as G.I. Joe.

Meanwhile, eOne is strengthening its TV front by bringing in former HBO president of programming Michael Lombardo. While he is currently working with the company as a consultant, Mr. Lombardo is expected to officially board the company in the near future to lead all of television.