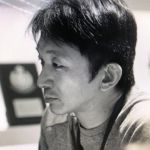 While not much is known regarding the content, we did found out that Mayor Hideyasu Kiyomoto of Himeji will make a cameo appearance in the movie as a ‘military doctor’ who attends to the injured. Mr. Kiyomoto himself is a doctor in real life, but we do not know who exactly are the ‘injured’ he speaks of (Snake Eyes? G.I. Joe team?).

We are yet to find out if the magazine will feature any unseen stills from Snake Eyes movie.

The magazine, though marked for July, is out now and you can purchase a physical copy via Amazon Japan. Unfortunately, a digital copy is unavailable for us. But, we’ll update you all as soon as we receive more info.