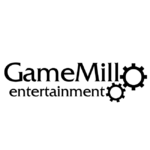 According to the info, the game is priced at $39.99 and is set to release on October 13th, 2020. This puts the release date closer to the eventual theatrical release of the upcoming Snake Eyes movie.

GameMill Entertainment will act as the publisher for United States.

The game will be available on Xbox One, PlayStation 4, and on Nintendo Switch. However, there is no word regarding a release for the PC.

It is likely that we will hear more about it during [email protected]; which will take place in fortnight’s time.