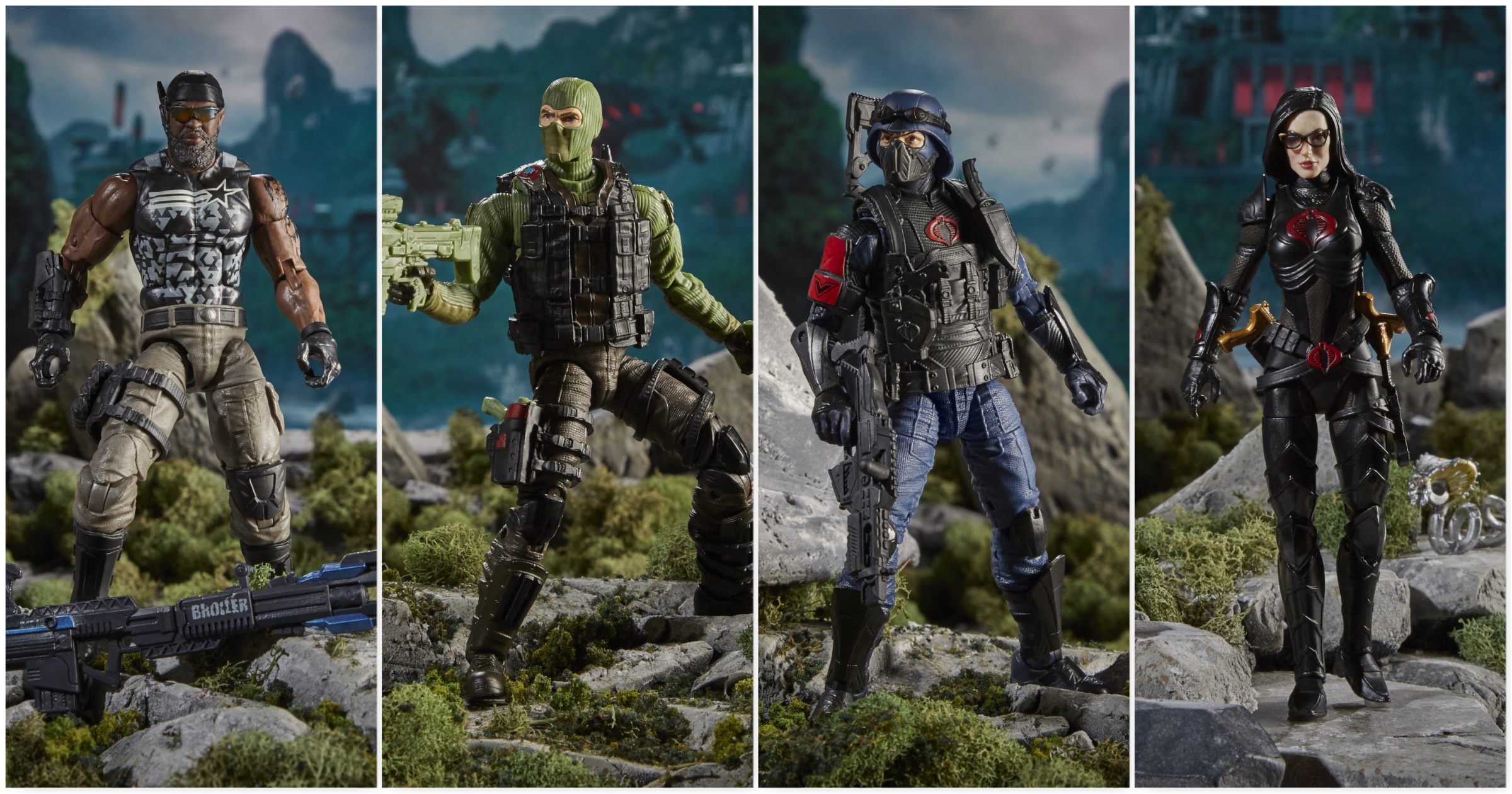 Thanks to site sponsor Dorkside Toys we have official HD images of the recent Target exclusive Cobra Island figures. Roadblock, Beach Head, Baroness and C.O.I.L. and the Cobra Trooper all show off their goods in shots beyond the standard white BG product shots.

These were on Target.com for pre-order earlier this week for about 30 seconds. They should be hitting shelves on August 14th, though they are in store and out on shelves in some areas now. Some let you buy them, others enforce the street date. Each figure is coming packed in it’s own case, so each store should have at least 6 of each, hopefully more.