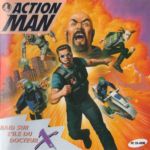 Appearing in an online conference by the Bank Of America, Hasbro CEO Brian Goldner stated that they are working hand in hand with Entertainment One (eOne for short) to produce various entertainment projects based on Hasbro properties.

Brian Goldner mentioned that live action production was shutdown in 2020 due to COVID-19, but animated projects went ahead without any problems from Q2 onward. While not specified, this comment may or may not include the upcoming Transformers Live Action Movie and the Animated Movie by Josh Cooley.

However, Hasbro is hoping to restart pre-production and production of Live Action content from November 2020.

Regarding the Snake Eyes Live Action Movie, Mr. Goldner only mentioned that the movie shifted from 2020 to Fall 2021.

An undisclosed Action Man project is in the vault to be developed by eOne. Hasbro mentioned the following:

In addition to that, an undisclosed project based on M.A.S.K. was also mentioned.

“We own a brand called M.A.S.K. which was a brand from the 70s and the 80s. It was a competitor at that time to Transformers, that we got through an acquisition that we’re now redeveloping.”

Hasbro had high praise for Transformers: War For Cybertron Netflix series, and stated the following:

“Transformers: War For Cybertron is a fan-oriented television series in animation on Netflix and it’s really driving engagement. I think we’re at a place for the audience to understand where streamed content has now reached such a pivotal point of inflection; where there’s enough content consumption to drive merchandising success. We always believed that we would arrive at this point of inflection and that’s why we had worked on getting more capabilities in storytelling.”

You can check out the rest of the slate, after the jump.

Hasbro Comments On Their Future Entertainment Slate: 2021 And Beyond - Additional Images

Join the Conversation! › Hasbro Comments On Their Future Entertainment Slate: 2021 And Beyond Discussion