Moments ago, Hasbro held a live panel at Festival Of Licensing and the news team from TFW2005 attended the panel to learn what Hasbro has in store for 2021 and beyond.

The panel was mostly about their entertainment prospects for the future. You can check out a summary below and check out the details, after the jump.

The event started off with a spectacular montage of major Hasbro properties and eOne properties. G.I. Joe, Transformers, Power Rangers, My Little Pony, Peppa Pig, and Ricky Zoom was highlighted.

Hasbro stated that eOne will oversee all entertainment for Hasbro. This includes animation and live action. More announcements will take place on Q1 2021. Announcements will come for Transformers, My Little Pony, and more.

Over 60 projects are in the pipeline for Hasbro.

Snake Eyes: G.I. Joe Origins was the first announcement of the day. The movie is a reboot. Future movies are in development. Will take place in this new ‘Snake Eyes Universe’.

“With Snake Eyes: G.I. Joe Origins, we are focused on reigniting the brand and expose our fandom to a new generation” said Samantha Lomow. “In partnership with Paramount, we’ve just announced the new release date of October 22nd, 2021 for Snake Eyes which will reintroduce one of the franchise’s popular characters. The film delivers a fresh new take on the story that will reimagine and modernize the story of G.I. Joe with depth and direction for even more stories in the future. We’ll have a lot more to share soon, so stay tuned.”

During Q&A: Still feels good about the release date (October 2021) right now. But it could change depending on the landscape. Aware of the fact that major studios like Disney shifted their movies to 2022. 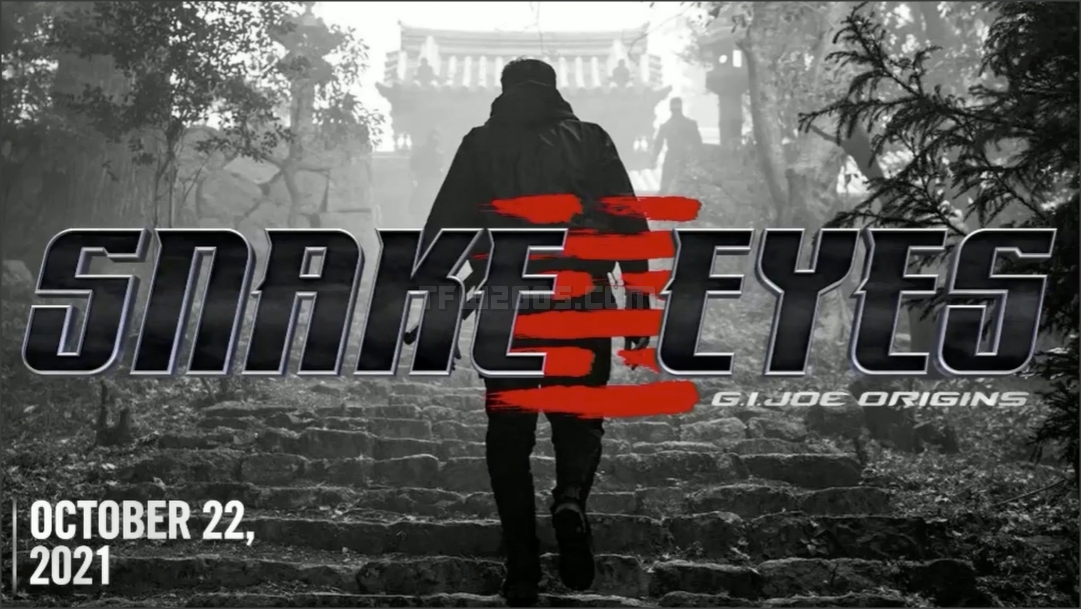 A placeholder/teaser poster was displayed as an announcement for the 7th Transformers Live Action Movie. The movie is slated to release in Summer 2022.

“We are in deep development along with our partners at Paramount on the 7th Live Action Feature of the Transformers Franchise. Slated to release in Summer 2022. The next blockbuster film will bring action-packed, high adventure from the lore which will thrill audiences worldwide and will continue to propel the franchise forward.”

Paramount will continue the work for the movie, hand-in-hand with Entertainment One.

“We are continuing to deliver expansive storytelling in the Transformers Universe. Most recently, we released the most fan focused anime trilogy Transformers: War For Cybertorn. The first chapter; Siege premiered on Netflix in July and ranked in the top 5 of all regions within the first 24 hours. The second installment of this incredible trilogy; Earthrise will be coming very soon.”

Stated that Season 1 Siege was a success. Season 2; Earthrise will be coming soon.

We received a key info prior to the panel and the info denotes:

Therefore, it is likely that we will see 2 TV movies (each running at 44 minutes) in the coming future.

Reboot movie in the works. More announcements to follow.

“Studio team at eOne is in deep development to expand the universe, working closely with our presiden of Family Brands.”

During Q&A, a question was asked: : The latest movie schedule didn’t feature the upcoming Power Rangers Reboot. Is it still in the works?

Answer: :”Power Rangers is a beloved property. We are really excited about the next season of Dino Fury. I think fans are gonna love that. As we partner with eOne, we are exploring all the different content for Power Rangers; including theatrical, including streaming, including animation. So, [we have] a lot of projects in the work. To announce exactly what the roadmap is, we’ll have more clarity by next year.”

So many announcements for the upcoming CGI movie and the upcoming series. It was hard to keep up. The series titled as Pony Life already has Season 2 greenlighted by Hasbro.

Live action Dungeons & Dragons movie in the work. Wizards Of The Coast is working closely with eOne for the DND entertainment slate.