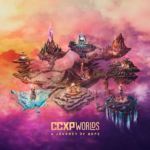 Hello and welcome to another HISSTANK event coverage. We are reporting live from CCXP 2020 where Paramount just presented a panel for Snake Eyes: G.I. Joe Origins.

Unfortunately, no footage/trailer was shown. Henry Golding and Larry Hama acted as panelists. They talked about their experience with the franchise.

You can check out what happened, after the jump.

Larry Hama started by explaining the history of G.I. Joe comics and how he was involved. Silent Interlude was done due to a deadline. They saved time by not lettering. He came up with Arashikage Clan on that issue.

“G.I. Joe is all about Redemption, Kindness and Loyalty.” says Mr. Hama. Henry Golding added by saying that the upcoming movie  is about understanding the brotherhood between Snake Eyes and Storm Shadow.

Mr. Golding stated “You see Snake Eyes’ weaknesses, his faults. He tries to make amends to what he has done”. Larry says the new movie is centered on the character rather than the expansive prior movies. Both characters (Snake Eyes, Storm Shadow) are dealing with loss.

A training footage was shown, and was followed by a game where Henry asked what Larry preferred.

Timber or no Timber?

When asked who is your favorite, Snake Eyes or Storm Shadow, Larry Hama stated that “Snake Eye and Storm Shadow are two sides of the same coin” but ultimately went with Snake Eyes. Henry stated that he’s gonna go with both.

That’s it. Panel done. Both of them promised that they’ll see us soon.