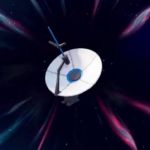 Sorry. Hearing’s a little shot because, wow, it’s just non-stop laser guns and explosions here. So, this target’s gonna be perfect. Him and his buddies are all the real deal and they have the best code names. Whoever’s unlucky enough to be in his crosshairs, well, they’ll never hear him coming. But if they could, then they would know he means business.

And knowing is half the battle.

Reality Logs are tapes recorded by John Jones while he is searching through realities for best hunters. They were initially released as teasers for Chapter 2: Season 5 abut more have released to tease new hunters such as Kratos (God Of War), Master Chief (Halo) and Sarah Connor (The Terminator). The latest, as stated above, is for Snake Eyes.

Mere hours after a hint drop by Donald Mustard, it seems as though Fortnite is finally getting ready for the arrival of G.I. Joes in their universe.

When can we see expect the reveal? Character trailers are usually dropped approximately 2 hours after the Reality Log.  So, any minute now.