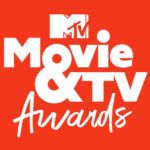 Paramount usually considers MTV Movie & TVAwards as an avenue to reveal trailers for upcoming movies. This is especially true if a prominent character from an upcoming movie is at the awards to conduct presenting.

Since Snake Eyes: G.I. Joe Origins is approximately 2 months away from the time of the award show in question, we will likely see some sort of promotion during MTV Movie & TV Awards 2021.

However, we’ve been through duds before and we advise our members to approach this news with a cautiously optimistic feeling.