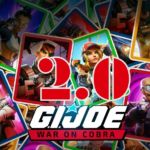 Version 2.0 of the mobile game G.I. Joe: War On Cobra is currently planned to be out in July this year. The developers of the game made an announcement through the official D3Go website, highlighting what sort of changes players can experience.

Everyone has been working hard on getting the update completed. Things are coming along nicely, but there’s a lot of rebalancing that needs to happen and the team wants to get it right.

We now have a release date, and while we can’t say the exact date yet, we can tell you that it will be in July, just in time for the new Snake Eyes movie!

We appreciate your support during this time. Please email us any questions you have and we will try to get them answered next post. Email [email protected]”

You can check the list of changes, after the jump.

Similar to how players can create premade unit rosters, players will have 3 “Base Loadouts” that they can use, for keeping different configurations of buildings in. Players select which layout is their “active” loadout for base defenses.

Players’ AP bars no longer fill up due to destroyed buildings, but over time The AP bar no longer fills from base destruction, but at a fixed rate over time. This is to mitigate the “steamroll” effect that occurs when the player is able to gain an initial advantage in AP, and continually swarm an enemy’s base, as well as to prevent an immediate loss when the first few moves in the battle are not successful. As such, players no longer lose by AP, but only by reaching the end of the time limit.

Players no longer acquire a preset series of buildings, all intended to be built in their base. Instead, players are given access to a greater number of each building type, and are able to customize their base based on their preferences. Buildings purchased from the store are placed in a UI building inventory. Also, rather than moving buildings around directly in your base, there will now be an “Edit Base” button in the main hud. This will remove other hud elements, bring up the building inventory at the bottom of the screen, and allow you to position, upgrade, add and remove buildings.

All Units, buildings, and spells in the game will have their base stats and growth values reassessed, with a holistic approach being made to better balance values, with the intention being for more variety, and strategic choices in combat. There should no longer be a “one size fits all” unit roster, as each unit and defense will have more well-defined strengths and weaknesses.

Command and Unit Roster are no longer separated in combat

Rather than have separate roster slots for units and commands, there is instead 1 roster area, where each slot can hold either a command or a unit. This will allow the player to better choose the direction they want to take with a battle, potentially favoring either a heavier or lighter command loadout.

The current “hard counter” of air/anti-air is removed, and instead air units are incorporated more generally into combat in a similar way to other units. This will be achieved by reducing the range and effectiveness of the Missile Turret, but also increase the number of units and defenses with anti-air capabilities, such as the Machine Gun Turret, and Anti-tank Gun.

Commands no longer use charges, but cost AP to deploy
In order to facilitate more meaningful and strategic combat, command charges have been removed, and commands have been assigned an AP value like other units, and will be balanced accordingly.

The playable and buildable water area in a base has been increased 50%, to allow more room to facilitate meaningful combat in this area. Factories can now be built on the water, and additional water-only buildings will be released going forward, to incentivize water attacks and defense.