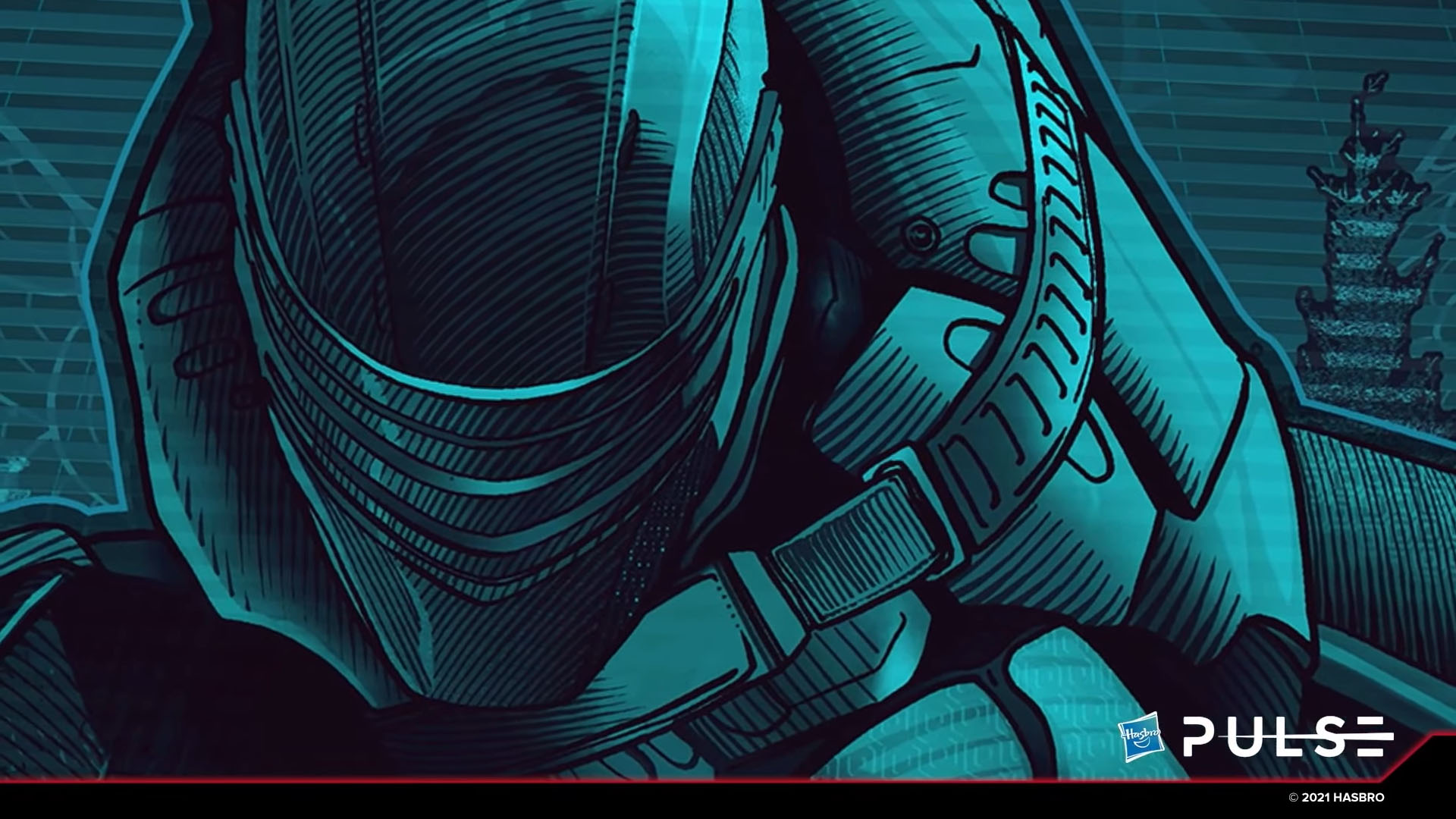 Hasbro’s Snake Eyes Declassified Yo Joe June Livestream just ended and we have a recap for you below.  This one was less about the toys and more about the new movie and secondary tie-ins happening around the brand.  Pre-Orders for the Core 6 inch figures will be going live later today so stay tuned for that!

The recent full trailer was played.

Challenge was it’s a brand new suit. Wanted it to be a dynamic action piece.

Mr. Guydo cannot wait to see the weapons in action.

The mandala in the art is comprised of Ninja weapons.

Hot Topic will develop t-shirts based on the art.

Disguise Costume cosplay line is officially revealed. You’ve seen it all, months ahead on HISSTANK.COM.

G.I. Joe: War On Cobra mobile game 2.0 will release on July 20th. A special Ninja-themed event featuring Snake Eyes & Storm Shadow will go on until the release of the movie.

Hasbro VP Michael Kelly spoke with Comic Artist Rob Liefeld at length about the Snake Eyes Deadgame comic that will be concluding in July.