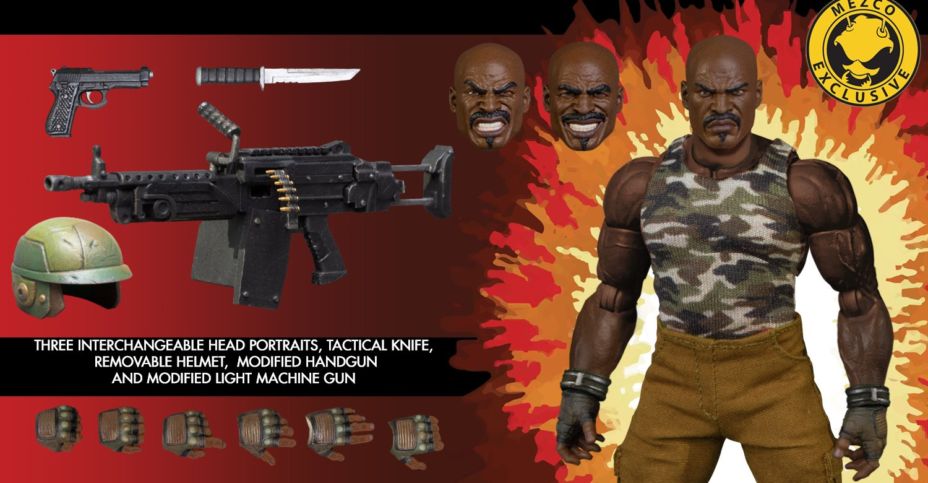 Enter Roadblock, the heavy machine gunner and latest addition to the One:12 Collective!

The One:12 Collective Roadblock is battle-ready, outfitted in a tank top, cargo pants with thigh holsters, combat kneecaps, and combat boots. Switch up his look with the included tactical vest with knife sheath or chest harness. Roadblock features three head portraits – a triumphant grin, a teeth-gritting scowl, and an angry glare.

The master marksman totes an impressive artillery, complete with a modified machine gun with detachable tripod that can be stored in his wearable ammo pack, modified light machine gun, multiple hand grenades, and more.

One of the most amiable members of the Joe Team, Roadblock doubles as a Staff Sergeant and a gourmet chef. The heavy weapons specialist can endure the recoil of a machine gun and turn your K-rations into a feast. Roadblock and his comrades defend the world from Cobra, a ruthless criminal organization bent on total domination.

Each One:12 Collective G.I. Joe: Roadblock figure is packaged in a collector friendly box, designed with collectors in mind.