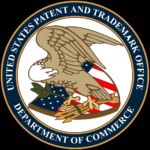 Categorized under Entertainment Services, Hasbro has expressed that the trademark is applicable for (but not limited to) Movies, Television Series, and Animated Series.

The timing of this application coincides with the recently revealed info of an Animated Series set to debut in 2022. It is likely that Hasbro is preparing things behind the scenes as we speak.

It is also worth noting that this is not a renewal. The filing is documented under Basis 1(b), meaning the Trademark is applied not for an existing use but for future use. Hasbro’s existing G.I. Joe trademarks including the Snake Eyes movie mark are still in Active status at USPTO.

Official details can be found after the jump.