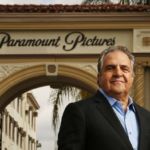 Paramount Pictures CEO Jim Gianopulos is set to step down from his position.

Following the underwhelming box-office yield of Transformers: The Last Knight and China’s clampdown on foreign investments, HuaHua Media left its partnership with Paramount Pictures at the end of 2017. HuaHua Media was supposed to fund 25% of the next two Transformers movies and 25% of all Paramount movies until 2020.

2017 was not a kind year for Paramount. That year, the movie production giant saw a loss of $445 million; where $100 million loss was from Transformers: The Last Knight alone.

Mr. Gianopulos took decisive action to turn things around for Paramount and it worked. At the end of 2017, Paramount Pictures entered a new agreement with Hasbro, where the toy giant would chip in more money to their movies but at greater creative control.

Such steps ensured the financial safety of Paramount and the company went on to produce critically acclaimed movies such as A Quiet Place and Bumblebee under the new leadership of Jim Gianopulos.

All things must come to an end and so does the tenure of Mr. Jim Gianopulos. We wish him the very best for his future work and we also wish his successor Brian Robbins, a wonderful stay with many Hasbro movies to follow.

On a closing note, Paramount has expressed their interest to drop big-budget movies in favor of smaller productions that will directly go on their streaming service Paramount+.

“What this is all setting up, according to insiders, is Paramount retreating from big theatrical productions to focus on titles – remakes, branded content, cheaper fare – that will service its streamer, Paramount+.” -Borys Kit, Journalist

There is a likelihood that this move may affect the pending renewal of the aforementioned agreement with Hasbro at the end of the year 2022.

You can also read follow-up articles for this development via Deadline and Hollywood Reporter.