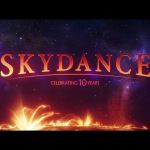 Skydance Media, which co-financed and co-produced Transformers and G.I. Joe live-action movies for Paramount Pictures, is moving away from the big mountain in favor of Apple.

However, it is stated that Skydance Media will still retain the rights to co-produce and co-finance Transformers & G.I. Joe franchises. But the terms of that are unclear at the moment.

This move will likely put pressure on the Viacom subsidiary to seek out a new co-producer.

Skydance Media’s last outing with a movie based on a Hasbro property ended up in a financial disaster with Snake Eyes: G.I. Joe Origins only raking in just $40 million worldwide against a production budget of $100 million.