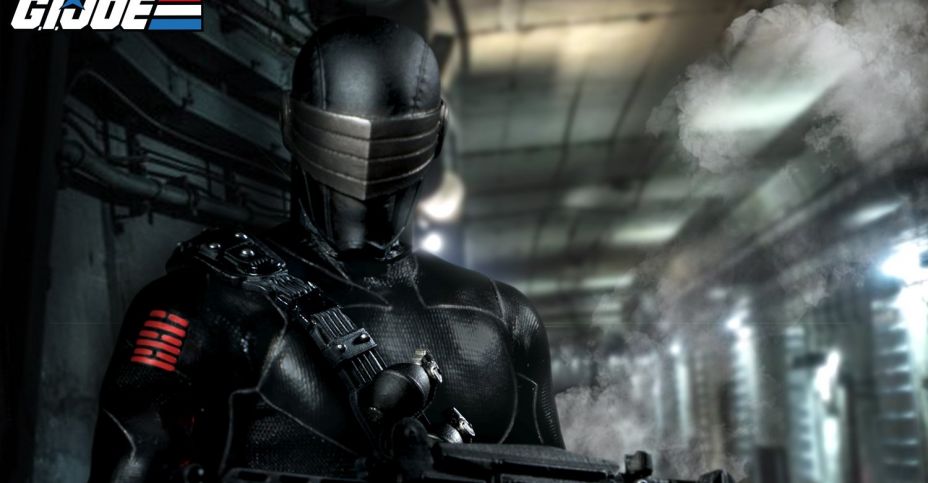 Mezco’s One:12 Collective G.I. Joe Snake Eyes has gone live for pre-order around the web.  The 1/12 scale figure will come with a ton of interchangeable parts and accessories the line is known for, rocking his tech visor and soft goods clothing.  Retail is around $112 USD and is due to ship in Q1 2023.  Read on for full pics and details, hit our sponsors below to grab your copy!

Enter Snake Eyes, the mysterious, highly classified commando and latest addition to the One:12 Collective!

The One:12 Collective Snake Eyes is outfitted for stealth and functionality in all black. His chest harness can hold a group of 3 grenades (permanently attached) and his ninjatō or falchion sword, his utility belt can hold his tanto knife, and his thigh holster can hold his handgun.

Timber, Snake Eye’s companion and pet wolf, is included and features 3 interchangeable head portraits as well as over 20 points of articulation.

The hybrid ninja-commando is armed and ready, complete with an overflowing arsenal including a three-section nunchaku 6 grenades, submachine gun with removable silencer, two butterfly swords, six shuriken in varying styles, and much more.

When it comes to G.I. Joe operations, Snake Eyes is the best there is. A total mystery with abilities that border on the supernatural, Snake Eyes unique blend of strength, skill, and Arashikage ninja training make him a force to be reckoned with.