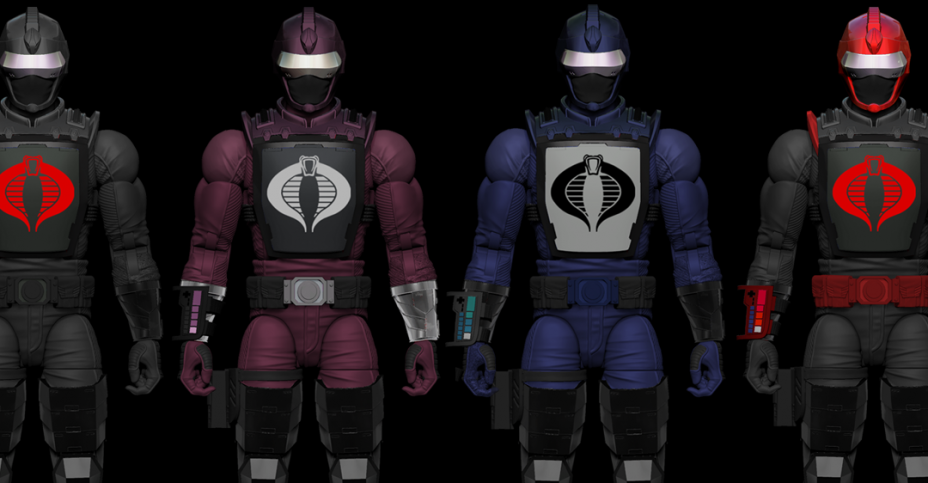 The Baroness is fond of reminding me of that insipid platitude of the early bird getting the worm, but in this instance, it seems rather fitting since you all successfully funded our H.I.S.S. so fast! Such victory over G.I. Joe has earned ALL backers of this #HasLab an exclusive Cobra H.I.S.S. Tactician figure with deco inspired by the designs of legendary G.I. Joe designer Rob Rudat – the very man who put me, Destro, in an iron mask. To commend your loyalty to Cobra, backers will get to help choose the color-scheme inspiration for the final deco of the Tactician figure after the campaign ends. And remember, each figure included in the offering is exclusive to the HasLab, and will be individually boxed with its own artwork and number in the G.I. Joe Classified Series sequence.

So go ahead, review these deco schematics and think wisely on your choices!