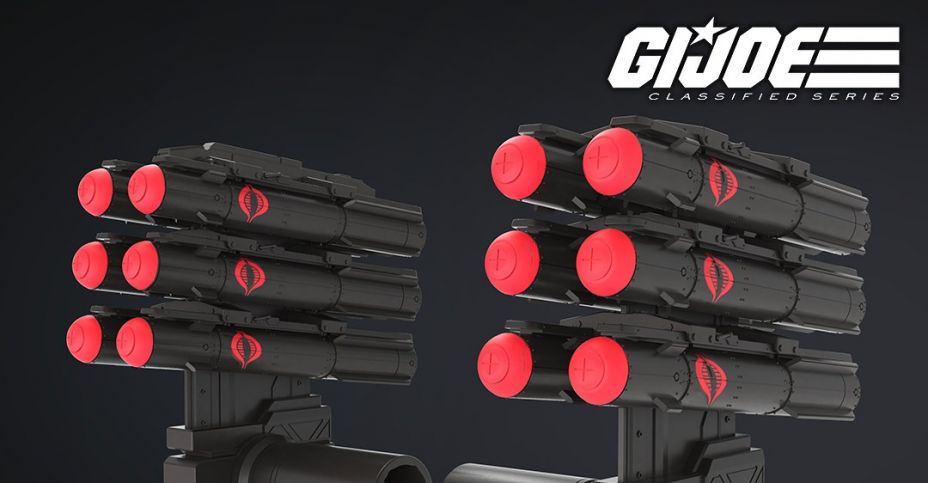 Congratulations, citizens of Earth! You’ve passed the firsssst step in proving your devotion to me, Cobra Commander, by successsssfullly funding our #HasLab Cobra H.I.S.S. campaign! And you did it so well that everyone who backs the project from now until the end of the campaign, will get the Cobra H.I.S.S. vehicle, H.I.S.S. Driver action figure, AND the H.I.S.S. Tactician figure. But now that we’ve surpasssssed 8,000 backers, let’s see how the campaign can offer a little added value. I, Cobra Commander, would like to direct my attention to the fans who want a little more “bang” for their buck.

The Double Diablo Cannon accessories on your standard H.I.S.S. are indeed formidable, but Destro and Sssscrap Iron have been cooking up some potential upgrades. If the H.I.S.S. project reaches 10,000 backers before the campaign ends, you unlock CLASSIFIED UPGRADE #1 – two removable, side-mounted missile racks which telescope out from the H.I.S.S. vehicle. Each rack holds 6 MALHISS missile accesssssories! The Weapons Accessory Pack Upgrade is a perfect addition to your H.I.S.S. fleet and is sure to wreak havoc with the forcessss of G.I. Joe. But keep those orders coming, my friendssss, and we’ll see what else Cobra Commander can unearth for you
Time is limited! This HasLab campaign will run until August 15, 2022. Back the G.I. Joe Cobra H.I.S.S. for $299.99/£299.99 UK/€349.99 DE on #HasbroPulse. See HasbroPulse.com for more details!