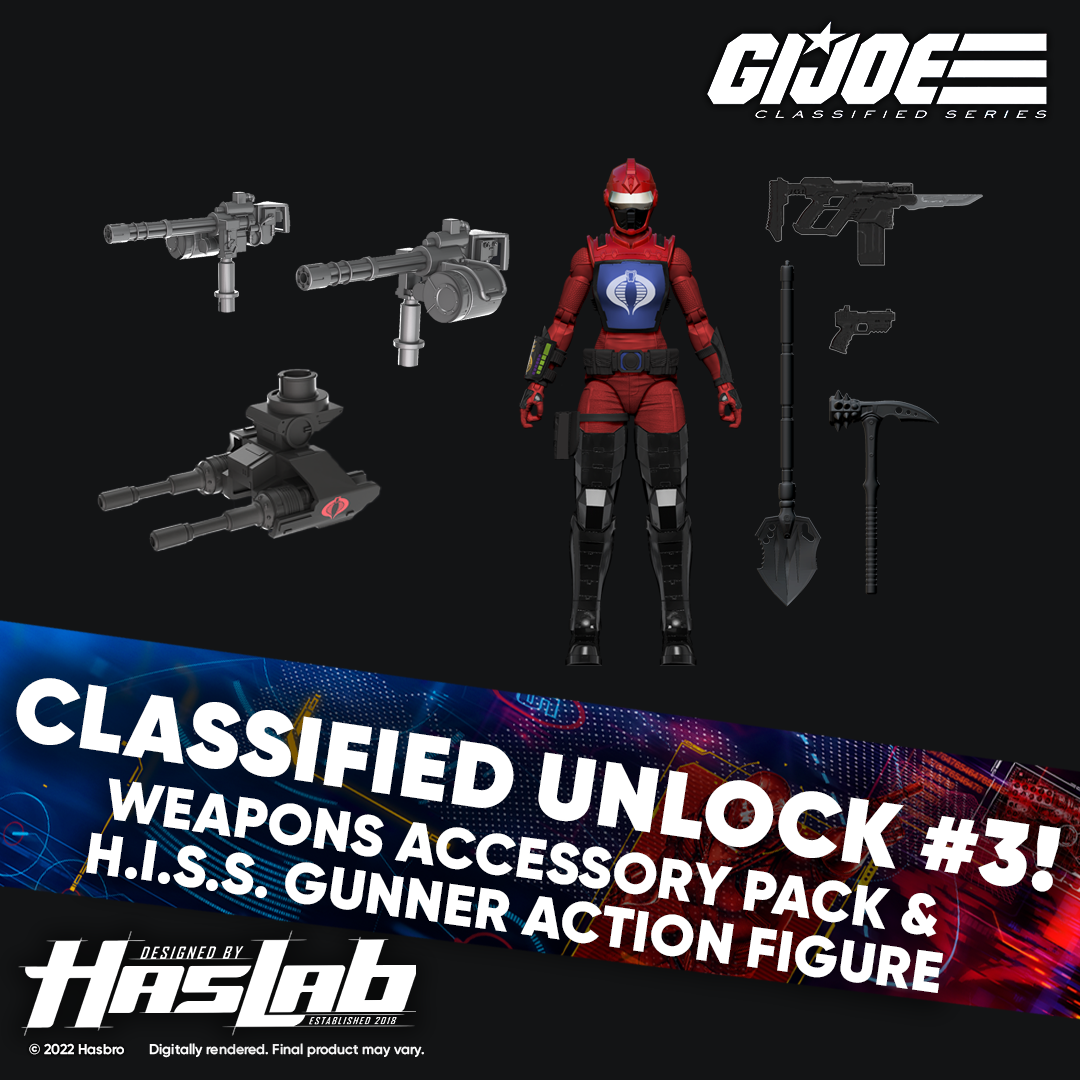 Astonisssshing! No matter what I offer, you jusssst want more! “Cobra Commander”, you say, “Sure, my H.I.S.S. vehicle has enough firepower to bring cowardly G.I. Joe to their knees, but can it make them ‘vanish’ entirely?”

o that I say…of COURSSSSE it can! If our #HasLab project reaches 14,000 backers, you’ll unlock Classified Upgrade #3 – the Weapons Accessory Pack AND the H.I.S.S. Gunner action figure.

You’ll get twin HISSINTEGRATOR CANNON accessssssories, which attach under the nose of the cockpit, and two HISSRUPTOR ZX-5 blaster accessories that attach to either side of the H.I.S.S. turret!

A weapon is nothing without someone to wield it. Pose your H.I.S.S. Gunner figure at the controls of the articulated turret or wielding their weapon accesssssories. Adding a Gunner figure gives you a full complement of troops to staff your H.I.S.S. vehicle, and offerssss even more ways to display your H.I.S.S. fleet.

How can you argue with an unbelievable deal like that? Now, remember, keep backing the Classified Series H.I.S.S. before the campaign ends. Until nexsssst time…