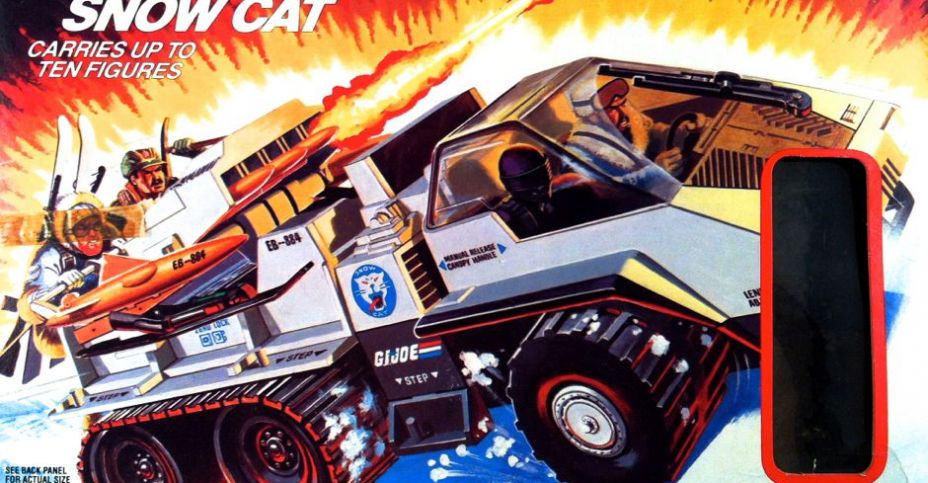 While these results produced no clear winner, if you read through the voting process thread, it is clear that G.I. Joe vs Cobra fans will support any of the top 5 vehicles chosen by fans.

The results are in and the nomination process has ended. The G.I. Joe fans have spoken and we now have our top 5 most requested G.I. Joe and Cobra vehicles for Hasbro to turn into a HasLab dream project. This process was very eye opening to me as the results were so different from our first HasLab poll. Many people are now requesting G.I. Joe and Cobra base playsets (a most excellent and exciting idea) and more grounded midsized vehicles. A strong showing for Iron Grenadiers has also started to make it’s way to the priority list among fans.

There can be no doubt however that the G.I. Joe V.A.M.P. – Cobra Stinger combination had the strongest showing. A lot of fans are after Dreadnoks (including myself) and there was also multiple request for Arctic and Water vehicles. The Cobra Rattler still received a good chunk of votes along with the Killer Whale and Tomahawk. These much larger vehicles may be outside of the range that Hasbro is willing to put forward as a HasLab. One thing is for sure the feedback the fans have provided is awesome and amazing. We want to thank everybody who decide to throw down their want list and dropped by to chat.

The Top 5 Most requested G.I. Joe and Cobra Vehicles as voted by the fans are as follows.

To vote in on this topic use this link to our forums. G.I. Joe Classified Series HasLab 2023 Fans Choice Voting Poll

The Voting Poll thread is only available on HissTank.com. In order for the voting to count you must use the official HasLab Poll Thread located in the News and Rumors thread on our forums. You can only cast one vote. The G.I. Joe HasLab fans choice poll is official to HissTank.com only and is not affiliated with Hasbro. This process is to provide very important fan feedback on very expensive HasLab projects. We want to thank the Hasbro G.I. Joe team for all of their hard work on the Classified line and no matter what the next HasLab may turn out to be, the fans have a lot of confidence in the work this awesome team puts forward! Special Thanks to 3dJoes.com for box art images!